S.C. Stephens is a New York Times and USA Today bestselling author who enjoys spending every free moment she has creating stories that are packed with emotion and heavy on romance.

Her debut novel, Thoughtless, an angst-filled love triangle charged with insurmountable passion and the unforgettable Kellan Kyle, took the literary world by storm. Amazed and surprised by the response to the release of Thoughtless in 2009, more stories were quick to follow. Stephens has been writing nonstop ever since.

In addition to writing, Stephens enjoys spending lazy afternoons in the sun reading fabulous novels, loading up her iPod with writer’s block reducing music, heading out to the movies, and spending quality time with her friends and family. She currently resides in the beautiful Pacific Northwest with her two equally beautiful children.

I liked the story but hated Kiera, how can it be … A girl at 21 that never set goals in her life, doesn’ t know what she wants to do, just blushing so many times and always irritated, such an annoying pain.

She doesn’t function alone I think, she needs a gps not two beautiful guys that fell in love with what? What? So coward, so selfish…

Well it’s was a long story, sometimes repeating itself, closer to the end of the book I felt it was a little bit rushed… but overall my hate toward Kiera…I’m curious about what could possible happen in the next book. I don’t like hating so I’m hoping Kiera changes.

Did I mention Kellan? ❤

Listening to audible I wish there could be a song or two from D-Bags!!!

Liked it better then the first. Now I understand Kiera but still, she could be so much better, she could let go of so many problems that she obviously make in her stupid head, let go of all the secrets.

I can’t believe there’s a Denny somewhere.
Forgiving is something, forget it is, well…

There’s a lot of angst, love and friendship. I almost cried I remember saying no! No! To my dark bedroom, hoping no neighbor was awake at 6 am 🙂 But the story goes really good, just smoothing and calming my nerves toward the end. 🙂

I hope Kiera keeps going this way, can’t wait for Reckless and I’m ready for it right about now!

Damn I need Kellan’s POV now! Review will come when I feel ready. …I don’t right now! I’m sad it’s over. I was dragging it…

Next day: … Ok now, I think I’m ready: Kellan’s and Kiera’s life and relationship goes through some serious struggle. But love wins right? Right? Kellan seems to fall in to manipulation so many times, even Kiera used him that first time… but the past is in the past and they are looking forward to the future together, declaring they’re husband and wife in their hearts. But Kiera wants to keep anonymous, when Kellan and his D-Bags are touring and recording their first album, their music and charisma makes them stars and they are popular fast. She will want to be known after, what she’s afraid of? She needs to wake up, burst the bubble she lives in, it’s her life, she needs to live it…

Kiera finally yeah finally knows what she wants, and what she wants to be, a writer. She starts to write a autobiographical novel just to cleanse and leave the past behind, betrayal and all, her thoughts about that time, not speaking when she should, all her insecurities. Writing is good for her, keeps her mind focus, at peace and we see her grew up and make some good decisions, for once.

The book was a little dragging here. I kept listening (audiobook) because I was intrigued with the story. Meanwhile…I don’t understand Denny’s presence… he was always there when Kellan was away or did something wrong, or seemed that way
and when Kiera needed, Denny was there… at the end I didn’t want to know… only in books I guess! 🙂 But I really liked that Kiera started to realise that Kellan does love her like crazy and she finally believes and trusts him! With all the rumours and pressure around that celebrity hunger for fame and the manager’s grid for money and success, no matter what. Real world, huh!?

The band yes, they all stick together, they support each other and they are truly friends, they’re family. Kellan obviously needs a family and to be loved!No more pain! Griffin on the other hand lifted the angst throughout the book, it was kind of fun!Very, actually! Loved to see a different side of him! Honest and caring.. lol made me laugh dude!

Kiera grew on me towards the end of the book. I was proud of her!

The epilogue, oh that was lovely, so good to know everything was fine and going strong! I did get all moods: I was frustrated, then I laughed, cried a little… only one time, I don’t cry easily and swoon, man! I’ll never forget the “morning” coffee and Kellan’s smell lol

Really enjoyed this ride! I will re-read this series! And I recommend it!

Very emotional, hard to do a review for now… 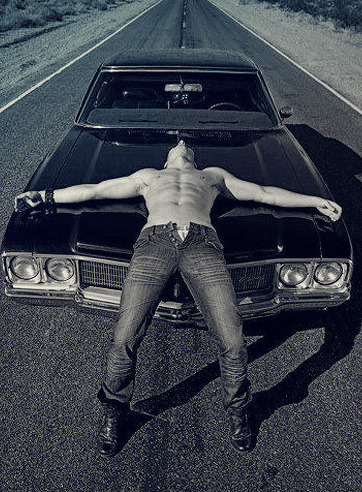 I think I need a minute…

I was anticipating this read ever since I read Thoughtless years ago. Listening to Kellan felt like home, I was waiting for this for so long!

But I was waiting for more, I wanted to get deeper in his thoughts, I wanted it to be hard but strong! Sensitive guy, rocker we all loved, but felt the same, didn’t add much more emotions than Thoughtless… I wanted to know Kellan alone. Not just with Kiera, just him. But it felt he didn’t exist without Kiera and friends. I can’t believe how insecure he was and so afraid to be alone!

The fight with Denny, ok… I almost got through it without even knowing it! And many times I felt unattached to Kiera. Like the scene in the rain so much powerful in Thoughtless, here I was struggling for the connection.

I don’t know … maybe I was asking too much.

Still is one of my favorite stories, it will stay with me forever. But Thoughtless wins!

…Hard to say goodbye, hard to live in a lie…

And last an ARC:

What can I say about Untamed?

I thought it was going to be funnier, at least. I thought I would continue to appreciate the path in growth Griffin was supposed to live by now. I was sorry to understand in the first few chapters that it wasn’t to be happening any time soon.

Where was the Griffin I knew? And where were the other I loved? I did like the titles of the chapters it made me remember the previous Griffin that I once laugh at.

Griffin was tired of being in the background. Who wouldn’t? Yeah we knew about that, the way he acted, reacted. But the way he was portrayed in this book, well it was hard for me to believe it was the same guy.

And then he was humiliated, degraded, they even made him grovel… We live in a world full of assholes and horrible people who don’t even come close to what Griffin is or was. Griffin had a weird behavior, sometimes childish, sometimes selfish, sometimes drunk and funny, but not a serial killer right? He was like some of us, right? And what the hell was going with D-Bags?

The band members treated him like sh*t, if he was less than a person.
I hated the way Matt treated him. Kellan, well the Kellan I knew wouldn’t let most of the things happen, but they did take place. What the hell KK?

Most of the characters didn’t seemed the same from the other books that I really liked and loved… Couldn’t related with Kiera or Danny. They were so distant. That was the hard part of the book. The characters seemed so different.

If I read this book first, I wouldn’t be interested in reading the next.

What I really liked was the marriage relationship him and Anna had. It was nice to see the team effort and the hard work to keep it. That’s why I can’t understand this Griffin marked attitude and everyone’s behavior towards him, he was a person, he was kind, he was nice even, clever, good with children… never a bad person.

Don’t let this review make you stop reading from this author. I really like her. Didn’t liked this particular book and story. It is as if I didn’t need to know about this one. Could go on without it.

See you in my next review!

View all my reviews