“She could enjoy her pretty, perfect world a little longer. Soon enough, everything she owned would be mine.”

I had a plan to escape the friend zone.

Step one: sneak into Reed’s room.

Step two: sleep with him.

But when the lights turned on, it wasn’t familiar blue eyes I saw.

These were dark, angry, and full of demons.

And they belonged to Reed’s much older brother.

At thirty-two, he’s a billionaire, in need of revenge.

Who cares if my family ruined his?

Who cares if he looks at me with pure loathing?

Who cares if every task he assigns me is designed to torture?

I need the money.

I’ll suffer his cruelty in silence, knowing there’s one thing he wants more than revenge… 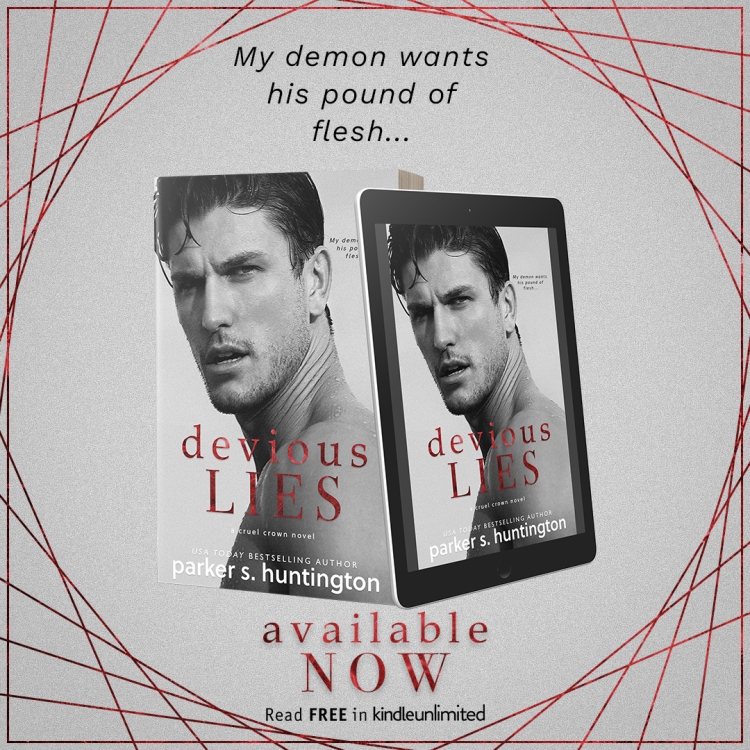 Download your copy today or read FREE in Kindle Unlimited!

I blinked away the post-orgasm haze as the light flickered on. When my sight cleared and I finally got a look at him, I froze. Shock bulldozed into my body, nearly pushing me back had I not been gripping his flesh.

Black spots scattered across my vision, and for a second, I thought I’d faint—and it would still be less mortifying than this.

Anything would be less mortifying than this.

It was almost too much to process.

To make it worse, he was still inside me.

This was a six-foot-two, hazel-eyed Adonis with short black hair and bedroom eyes that made you picture him naked if you looked long enough. Only he was actually naked and, I repeat, still. Inside. Me.

“You’re soaking my brother’s bed,” Nash remarked as he leaned back against his pillow and took in the sight of me. He looked annoyed, liked I was a pest who had royally fucked up his weekend plans.

“You—I—What—” I floundered, my mouth opening and closing like a fish.

You slept with Nash Prescott.

And it felt amazing.

I was totally freaking out.

Nash raked his fingers through his hair, leaned over to snatch my robe, and tossed it to me. “Just fucking relax, would you? You’d think the goddamn orgasm would loosen you up.”

For a split second, all I could think was, you weren’t always like this.

Perhaps to other girls, but never to me.

Nash was a fierce protector, the guy who would stop by my table with his brown paper lunch bag when my mom ‘forgot’ to give me lunch money. And while we’d rarely talked, even when he would share his lunch, I always took comfort in knowing I had two protectors—Reed and Nash.

I don’t recognize you anymore.

The words sat at the tip of my tongue. I would never release them. That was Reed’s hill to die on.

I cared because I hated the way Nash stared at me sometimes, accusations stabbing me from his eyes. Snide comments I would never ask him about because I was loyal to Reed, and even talking to Nash felt like picking the wrong side.

I wanted to take a few seconds to study Nash, to process my mortification, to enjoy the aftershocks of my first orgasm, yet all I could feel was Nash’s overwhelming gravitational pull, one more dangerous than that of any other boy I’d ever met.

But Nash Prescott wasn’t a boy.

One who made me feel like the little girl I’d convinced myself I wasn’t.

My arms slipped through the robe. The second the tie wrapped around my waist, my body solidified. My underwear remained lost somewhere, but at least I was covered.

I ignored the sting of his derision, shook my head, and pushed aside the embarrassment. “Did you know?”

The sharp accusation unfazed him. He stretched his arms, drawing my attention to the deep V of his body. I clenched around him. A reflex. My mortified eyes flicked up in time to catch his cocked brow.

“I figured it out when you moaned my brother’s name while coming around my cock.”

She was the proud mom of Chloe, the sweetest princess to have ever lived; has two puppies, Bauer and Rose; and lives with her boyfriend of five (almost six!) years–a real life alpha male, book-boyfriend-worthy hunk of a man.

There was an error retrieving images from Instagram. An attempt will be remade in a few minutes.